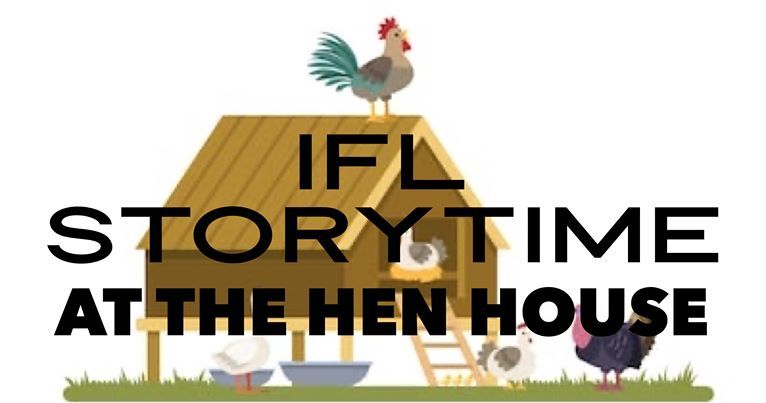 Storytime at the Hen House

Join IFL Children's Librarian Val as she reads stories every Tuesday and Thursday from her home. There might be random visits from the house chickens during story-time who love to listen to the stories while they snack on their cheese. Story-time will be 15-30 minutes and all ages are welcome to join!